In an era that is characterized by accelerated change, overwhelming complexity and tremendous competition,surely the future shall belongs to those that see possiblities before they become obvious (Robert Scully). Growing up many of us played numerous games including ludo, sonko, matatu to mention but a few but it never crossed our minds that these games can be preserved for the next generations by digitizing them.

Today it is obvious that many of these games can indeed be digitized after the tremedous efforts of Daniel Okalany , who in his novice days asked the why and surely got the how of making the famous Matatu game , that has so far received about 200,000 downloads on  Google play Store.

Despite the technological challenges that existed in the early days of development of the game, he and a team of like minded individuals soldiered on the develope Uganda's most popular and most downloaded game on Google play Store . Kola Studios, the company he helped found boasts of 8 other mobile games in its catalog

Today in the career spotlight, we feature Daniel for purposes of having a sneak peak in his academic and career journey. This is what we asked

In a nutshell, who is Daniel Okalany?

I am a developer, I love to code and make applications come to life

In simple terms how would you define a software developer?

A software developer is someone who works the process of computer programming involved in creating applications.

What is a typical day like for you while in the core line of work?

On a typical day I spend the day writing code and sending updates on what has been developed from that code to our clients, I also make updates on our existing apps.

Why did you choose that career path?

I program because I love everything about it; the process of coding and the fulfillment from seeing what comes out of it

What particular skills do you bring to your workplace ?

I am able to bring technical and creative skills to the workplace by developing different software, I also bring leadership and management skills which i use to manage the team.

Many people are greatly mesmerized by the Matatu game, What inspired you to create that game ?

I love playing games, I grew up playing several and i also happened to enjoy coding so I thought it would be nice to digitize one of the most popular games I played while growing up so that people would be able to play the game anytime and anywhere. A picture of the matutu game on a mobile phone

What has been your experience developing the matatu app. Any Challenges ?

We developed Matatu while we were still studying at University so we faced a challenge of juggling school and work. There were also very few phones by the time we started building the app.

What subjects did you take in school and how have they influenced your career path?

Mathematics helps me when it comes to making algorithms, science helps me understand whats around me, and studying computer science at university helped me understand fully the process of programming

What is your education to date?

I have a Bachelors Degree In Computer Science

What aspects of your education journey have proven most important for you in line of work?

What trends are you seeing in software development especially in mobile games development i.e. what is the future like for the industry ?

In the future I think games will also be massively used to communicate and send a message, not just for entertainment

My parents and all the support they gave me

What is your dream job?

I am doing my dream job

What have been the most rewarding events in your career so far?

Winning our first competition at Pivot East has been the most rewarding since it happened right after we made our first version of Matatu, also getting to 200,000 downloads was very rewarding

As a student, how did you cope up with the pressure to excel in class?

I listened and studied hard

Are there any outside class activities that you engaged in that have proved to be beneficial for you in your career path  ?

Finally what advise would you give someone considering a career in games development and what skills should they master?

Keep updated on the new software and programming languages that come up, the industry is always changing 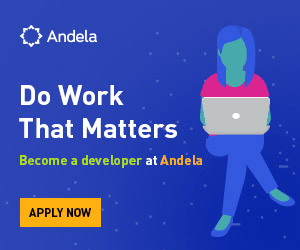 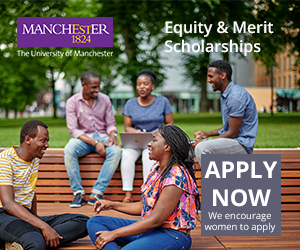