Ugandan film producer Raymond Malinga, whose work will feature in an upcoming Disney anthology of animated films from across Africa, hopes the project will bring African animation to the world.

"Kizazi Moto: Generation Fire", is a ten-part collection of short animations by producers from six African countries that is set to premier on the Disney Plus streaming platform later this year.

Malinga, 32, is one of 14 film makers from South Africa, Egypt, Nigeria, Zimbabwe, Uganda and Kenya who are contributing to the anthology of sci-fi and fantasy stories set in Africa's future. Oscar-winning film director Peter Ramsey is serving as executive producer on the project

The narrative in Africa has been, you switch on the news right now, I bet you it's (about) something bad that just happened," Malinga told Reuters at his studio in Kampala. The positives gets lost in the narrative, Malinga says, and this should change.

"For me (the anthology) is an opportunity to contribute to that conversation," he said.

Malinga, 32, who holds a degree in animation and visual effects from a university in Malaysia, started his company, Creatures Animation Studios, in 2015.

Their big break came in 2017 when their short animated film "A Kalabanda Ate My Homework" was showcased at the Cannes Film Festival and won six awards, including for best animation film, at the African International Film Festival in Nigeria the following year.

His team, which has grown over the last few years to 10 people, works from a small dark studio sandwiched between cubicles of other startups in a makeshift innovation village built from repurposed shipping containers.

African content is gaining popularity globally thanks to growing commissions for series and short films by streaming services like Netflix and Multichoice's Showmax. read more

In Africa, however, foreign content still dominates and Malinga said that the Disney anthology was an opportunity to combat stereotypes and bring African consumers more content that features people who are like them

As Malinga's studio brand and talent pool grows, he said, they are venturing into gaming and also exploring opportunities in virtual and augmented reality.

His dream, he said, is to bring on the world stage African film and animation, to replicate the success of other African industries.

"Afro music has started going around the world... we have some of our comedians going around and I am like, why not animation too, why not film?" Malinga said. 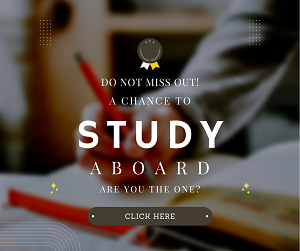