Fredrick Owomukama is an Air Traffic Controller at Entebbe airport

Fredrick Owomukama is an Air Traffic Controller at Entebbe airport

My name is Fredrick Owomukama. I am an air traffic controller at Entebbe International Airport.

My job involves guiding aircraft that is landing, those that are taking off and those that are air borne. We do this by giving instructions to the pilots. We communicate with the pilots in English, but using the International Civil Aviation Organisation language.

Before a pilot takes off for a particular country, he or she is aware of or seeks to know the language used in that country. This is to ensure proper communication between the pilot and the air traffic controllers. In case the pilot does not speak the language, he or she flies with a translator. We rarely have cases of language barrier with the pilots.

A case of this kind that I have handled was with a Russian who flew into our airspace. This man probably thought that the few English words that he knew were enough to sustain taking instructions. During our communication, “he ran out of English”.

He could hardly understand what I was telling him and neither would I understand what he was saying. He was lost in the air for about 50 minutes. It took the intervention of two Russian, English-speaking pilots and our VHF automatic direction finder to locate and guide him to a safe landing.

Pilot has the final say

Much as we are the ones who lead the pilots, the discretion to act on our instructions is theirs.

If a pilot has reason to think and believe that the instructions that you are giving him are erroneous, he has the right to object or suggest otherwise before executing them. We are human, we may err. But, this is very, very rare. Pilots usually have confidence in us. And we also deliver because we are well learned about our responsibility.

Our job entails engaging more of the brain than the muscle. This starts at the training that we undergo to qualify as air traffic controllers. The training is so intense that personally, I would never wish to repeat it. On the job, it is not any different; you can imagine a single brain operating a multitude of planes. And you have to be cautious when giving instructions because any error can result in massive loss of lives.

The psychological challenge of the job comes in when there are accidents. More so, if it is an aircraft under your instruction and it crashes or goes up in flames.

There are incidents when an emergency arises which is beyond your control and all you can do is to helplessly look on as the aircraft crashes.

We work in shifts in order to reduce the fatigue. There is the morning, evening and night shift.

When one is walking in for their shift, there are a couple of things that they do before taking over. One interacts with the air traffic controller on duty to take them through the traffic situation so that they are acquainted with how aircraft are flying, that is, those in flight, those that are yet to take off and those that are yet to come in. One also has to update oneself on the weather conditions not only in the country but also in the neighbouring countries because their operations affect ours.

Airspace and weather knowledge is key

You have to make sure that you are conversant with the status quo. If there is anything that is not clear or that you feel that you cannot handle as per the expectations, such as an accident or an emergency, you have the right not to take and leave the controller who was on duty to first handle the situation to your satisfaction. Once you take over office, you are in charge of the traffic situation until someone else also takes over from you.

They are capable of flying to their destinations by using the Global Positioning System (GPS) navigator. They set coordinates of their destination. It can be Soroti or Gulu. Then, they identify the obstacles in the path. These obstacles are documented in a book called “the pilot’s bible”. Once they’ve done all this, they are good to fly.

Morning hours around 10am and onwards are very busy. In that period, airliners are leaving the airport for their different destinations.

The domestic aircraft are also leaving for their local destinations. It is also busy in the afternoon, when the airliners such as Ethiopia airways, Kenya airways and KLM are landing. All days and months are equally busy.

We may not have planes flying in but we have a legion of airliners flying over the Entebbe airspace to countries like South Africa, Cameroon and Egypt.

Nevertheless, in the time of occasions like Independence Day celebrations, when Muslims are going for pilgrimage and when the president is swearing in, there is a horde of aircraft flying in and taking off.

I am not excited about airplanes, maybe, because I see them daily. I fly in them once in a while. While on board, I also enjoy the drink and eats like the other passengers. But, what is running through my mind is different.

When I look at the hundreds of people in the aircraft whose life is dependent on the accuracy of the air traffic controller’s instructions, I cannot help praying to God, requesting him to make me wiser and more knowledgeable so that I can always do an excellent job. 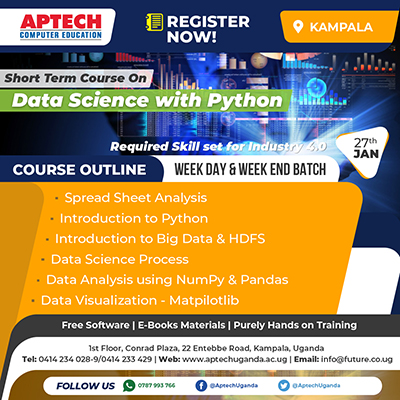 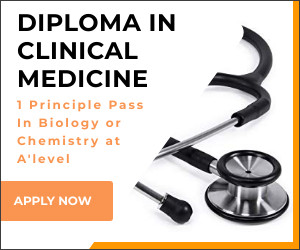